It was Mayfly time on the Test again on a beat above the bridge at the bottom of Stockbridge town   My boss and I were on the lookout for a decent sized trout when I saw a good fish rising near the opposite bank.   It was a regular riser, moved a lot of water and waved it’s tail as it submerged after taking the fly.   I watched it for some time, pointed out the fish and said “that looks like a salmon to me”  the more I watched it the more convinced I became,.   My boss didn’t agree, “Salmon don’t take mayfly like that he said”

It was too far across for him to reach it properly but the next day we were on the same beat but this time on the opposite bank.  There right on cue up came the fish in the same place I saw yesterday.  It was taking about every third mayfly that came over it.  Being closer to it I was even more convinced it was a salmon.  Anyway my boss covered it well enough and up it came, was hooked and in a matter of seconds was thirty yards downstream.   I was quickly handed the rod and set off in pursuit.  Eventually I got some sort of control and walked the fish back up to my boss and it was duly landed. A clean salmon of about eight pounds or so lay before us.  “Never seen that before my boss said.“ and for sure neither had I.

Houghton club members ate it that night at the Stockbridge Hotel   and I spoke to the chef the following morning.  He confirmed the salmon was full of mayfly.   Supposed not to feed in freshwater they say but this one certainly had other ideas. 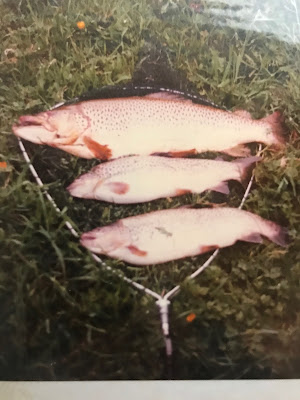 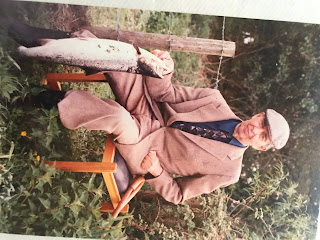