Plenty of water around and still more to come over the weekend.  At least the lock down won't affect out fishing too much with most rivers out of condition.

Not wishing to get political though god knows there is chaos and misinformation everywhere but I never thought I would see the day when British Police would seek to question people going about their lawful business and travel and ask the reason for it.

This was the Stazi in the lay bye opposite where I live, stopping people coming from the Hereford direction.    Later a mobile Police station arrived too. Just what have we come to in this country??? 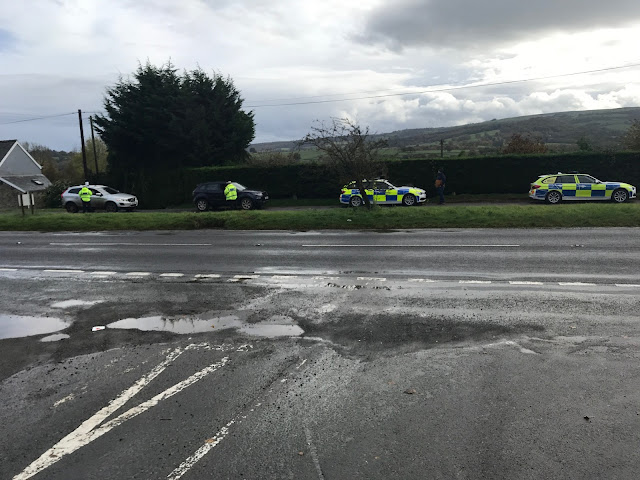